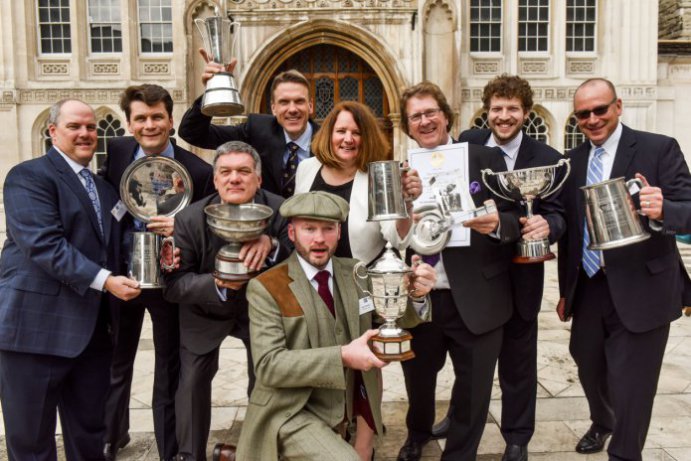 The International Brewing & Cider Awards 2017 are expecting more entries, from more markets, as the continuing boom in craft brewing and cider-making creates demand for awards that set producers apart from the competition.

Event organisers Brewing Technology Services (BTS) are gearing for the return of the Awards in March 2017, with entries open from 1 September this year. The biannual competition judged close to 1,000 beers and ciders from 50 countries last time it was held, in 2015.

BTS director Ruth Evans said, “We started marketing the competition at the Craft Brewers’ Conference in Philadelphia earlier this year and were pleased with the positive response from visitors. In the crowded global craft beer market, a medal or a trophy from the oldest brewing competition in the world is an accolade that many brewers are keen to win.

“It was also good to see widespread awareness among the brewers from around the world attending the event, which proves that our awards are international by nature as well as name.”

Both competitions are unusual in having broad, style-based categories that reward diversity and innovation, and in a judging process that requires judges to reach consensus rather than simply score entrants’ products.  Only currently working brewers and cider makers are allowed to judge.

Chair of judges for 2017 is Bill Taylor, who has steered the Awards since 2011, increasing entries from brewers and launching and developing the cider competition.  He said, “We approach next year’s competition from a base of solid and growing support from the global brewing and cider-making communities: producers and brand owners who view our awards as ‘the ones to win’; talented brewers and cider makers who are keen to serve as judges because they respect our judging process and suppliers to the industry who want to be part of the only competition that reaches a range of producers from regional microbrewers and artisan cider-makers to multi-nationals.”

Entries to the International Brewing & Cider Awards 2017, will open on 1 September this year and close in January, with a fee of £165 (+ VAT at UK rates) per entry. Judging will take place in Burton-upon-Trent from 7 – 9 March. Brewers and cider makers are invited to register their interest now on the competition website at www.brewingawards.org .