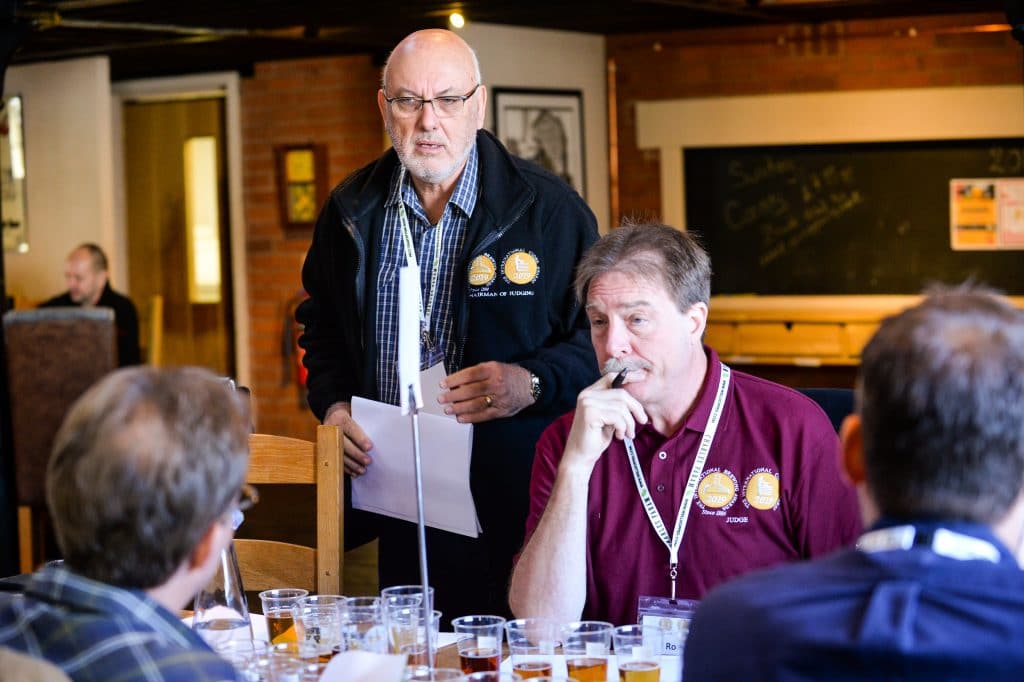 The world’s most historic beer competition, the International Brewing and Cider Awards, has announced a new Chairman of Judges – Canadian Rob McCaig will take over from Australian Bill Taylor who will step down ahead of the 2021 awards in November.

Mr McCaig, who most recently was Chief Brewer at SABMiller / Asahi Breweries Europe, is a former judge at the International Brewing and Cider Awards.  He will take over from current Chairman of Judging, Bill Taylor – who has held the position for 10 years.

Mr Taylor was due to preside over the 2021 competition but travel restrictions between Australia and the UK, where the competition is held, have made this logistically impossible. As well as leading the international judging panels for 10 years, Mr Taylor was instrumental in the resurgence of the awards in 2011 and returning the event to its historical home in Burton-upon-Trent after the awards were moved briefly to Munich in 2005, followed by a short hiatus.

Mr McCaig has over 39 years of brewing industry experience, holding the position of Managing Director for Canadian Malting Barley Technical Centre (CMBTC) for 11 years.  Prior to that he spent 22 years at Molson Canada in Alberta, Quebec, and Ontario and was instrumental in the development of more than 100 new beers.  Rob has a Master of Science degree in Applied Microbiology from the University of Guelph and is a Past President of the American Society of Brewing Chemists and the Master Brewers Association of the Americas. In 2010 he was named a Fellow of the Institute of Brewing and Distilling.

Ruth Evans MBE, Director of the International Brewing and Cider Awards said: “We’d like to thank Bill Taylor for his hard work and dedication to our awards for the last decade. Under his leadership, the awards have become synonymous with the best of the brewing industry. Leading our judging panels of some of the foremost brewers from across the globe to achieve consensus on the diversity of entries was challenging. Bill has taken on this task with enthusiasm and passion.

“We’re honoured to welcome Rob McCaig to the role of Chair of Judging. His international experience will bring new perspectives to the competition and we look forward to him guiding the judging panel through the judging process for the very first time at the 2021 event.

“Registration for the 2021 event is open until 1 October so we urge brewers from across the globe to enter their best brews to be judged by some of the most experienced brewers from around the world.”

Bill Taylor said: “It has been an honour and a joy to work with the judges, stewards and sponsors over the past decade of the International Brewing and Cider Awards. My sincere thanks to everyone involved. While unusual circumstances have prevented my attendance this year, I believe that this also represents a new opportunity. I know Rob will bring fresh thinking and enthusiasm and with his great experience this can only be good for the future of the awards.”

Rob McCaig said: “I am very excited to take on this challenge as Chairman of Judging and look forward to continuing the work of Bill to make these the most recognised international brewing awards. The strength of these awards is in our judges, all working brewery professionals, and I look forward to working with them.”

For more information, or to enter the International Brewing and Cider Awards 2021, please visit https://www.brewingawards.org/