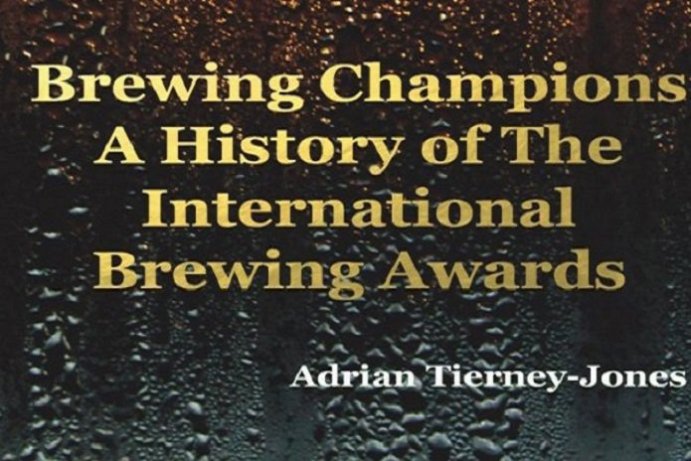 History of beer and cider awards put on record

The International Brewing & Cider Awards has published a history of the competitions by award-winning beer writer Adrian Tierney-Jones.

The book, titled Beer Champions, A History of the International Brewing Awards is the result of nine months of painstaking research by Tierney-Jones, who has delved into records of the competition, which dates back to 1886, visited dozens of breweries who have won medals over the years and spoken to many more brewers, cider makers and others involved in the Awards.

The result is a comprehensive account of the competition from its start at Agricultural Hall in Islington through to the 2013 event. It lists the winners from each competition, but also does much more, providing a fascinating commentary on the development of the international brewing industry over the last 130 years. It also shows beer’s place at the heart of society, with social and economic history influencing the development of different beer styles and categories.

Ruth Evans, director of Brewing Technology Services, who commissioned the book, said: “We are delighted to be publishing Beer Champions. We knew the competition had a rich history, but we needed a skilled historian and writer to unravel the details from our records, and then retell them in an engaging way.

“The book is a wonderful history of beer over the past century or more, detailing the rise and fall of different beer styles and strengths, for example, but it is also a record of everything linked to beer and brewing, from the impact of two world wars to the temperance movement.  Adrian is a talented writer with a passion for beer that jumps off the pages and he has produced an account of our historic competition which preserves it for future generations.”

Tierney-Jones, a history graduate as well as a beer writer, added, “Exploring the history of these Awards has been more complex and interesting than I thought it would be, with hundreds of written records as well as fond memories from many brewers and cider makers across the world.

“It’s a history of brewing and beer, but it’s also about people, from the charismatic Robert Dale, who founded the first competition in 1886, to his brother Arthur who was involved until the 1930s, to a veritable cast of brewers who gave up their time to judge their fellow brewers’ beers. Names such as Fred Berman and, more recently, Doug Odell, make their way through the competition’s history.

“It has been a pleasure to find their stories and turn them into a permanent record of the competition.”

Brewing Champions, A History of the International Brewing Awards is available, at a cost of £9.99 + p&p. To order a copy, contact organisation@brewingawards.org

Reviews of Brewing Champions, A History of the International Brewing Awards

Paul Travis, Brewery History Society: “I was expecting, from the title,  that it would be just a list of the various winners from the IBA – but happily I was wrong! It’s a much more interesting book and keeps the reader following the excitement in the awards and the changing brewery world for over a century.”

Tim Hampson, chairman, British Guild of Beer Writers:  “Good writing and journalism is about telling other people’s stories well. The story of the International brewing Awards  is not one that immediately captures the imagination; after all it can be little more than a long, list of different beers? In Brewing Champions, Adrian Tierney-Jones tells a story which amazes and galvanises. The narrative is underpinned by not just a love of beer but the importance of robust historical analysis often from primary sources.

“Across three centuries, the International Brewing Awards have provided regular snapshots into the world of beer — and an insight into how the once conservative and narrow spectre of British brewing has grown to embrace a multitude of styles, ingredients and continents. But it is the brewers themselves who are the stars of this book — it is their triumphs and disasters, rivalries and friendships that turn what could be just be a stodgy list of beers into an illuminating, insight into our world.”