Accolades for brewers and cider makers from around the world 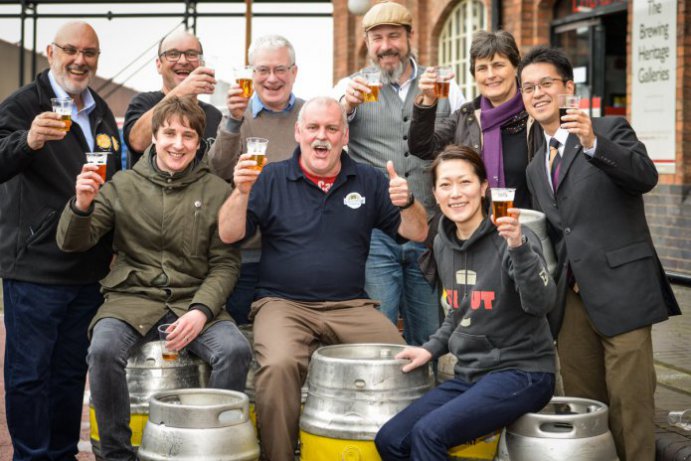 Brewers and cider makers from 21 countries have received accolades in the International Brewing & Cider Awards 2017, as the winners of 125 medals were announced after three days of judging in Burton-upon-Trent.

Medals were awarded to beers and ciders from all over the world  – Europe, Australasia, the Far East, North and South America – and to producers from a broad spectrum, from regional microbrewers and artisan cider makers to multinational companies.

The 45 judges assessed more than 1,100 beers and ciders – an uplift of 15% on the last competition, held in 2015.  The Awards are unique in requiring that all judges are currently working as brewers or cider makers, who select the winners through a consensus approach.

Chair of judges Bill Taylor said, “The list of medal winners reflects both the quality and diversity of beers and ciders entered into the competition. Judges put in long hours assessing and debating the merits of the products to select the winners and the final list is an impressive showcase for the very best in brewing and cider making around the world.”

One of the key criteria for judging at the International Brewing & Cider Awards is consideration of a product’s commercial worth.  Several of this year’s first-time judges praised this requirement, including Oliver Wesseloh of Kreativ Brewery in Hamburg, who said, “The winning beers here are the ones that, once tasted, you would order again, or recommend to a friend.  It’s a different approach to many other competitions.”

David Nicholls of Moa Brewing in New Zealand added, “Innovation has to be tempered with the commercial reality of making beers that consumers will want to drink. This competition rewards those beers that achieve that balance.”

Medal winners included Minoh Beers, winning a Bronze for its Stout and a Gold for its W-IPA. Brewery owner and head brewer Kaori Oshita said, “Winning a medal at this competition, which is one of the most rigorous in the world, is a real achievement, and I’m especially proud that our Stout – a British style of beer – was judged the best by a panel that included British judges; that makes it very meaningful. Our awards reflect the hard work of everyone at the brewery.”

She added, “I’m pleased that a number of Japanese brewers were recognised in Burton; our craft beer category is small so we collaborate more than we compete and success here will help to grow the sector.”

Oliver Fozard of Roosters Brewery, which won Gold, Silver and Bronze medals, said, “This is one of very few brewing competitions we will pay to enter, because of the calibre of the judges. It’s an honour to be mentioned in the same breath as breweries we look up to.”

One of the medal winners in the cider competition, Greg MacNeice of Macivors Cider, said, “After winning the Cider Championship two years ago, we were keen to benchmark our ciders again in an international arena. These awards attract a diverse range of high quality ciders and are judged by professional cider makers who command huge respect, so we were delighted to win three Gold medals at this year’s competition.

“We were particularly pleased to win a Gold medal for our Plum & Ginger Cider, alongside golds for our more traditional ciders.  And with three of our ciders now in the running for Champion Cider, we’ll be hoping for a repeat of our success in 2015.”

The Gold, Silver and Bronze medal winners announced in Burton will collect their medals at an Awards luncheon held at London Guildhall on 26 April, when the 10 overall Championship winners – nine beers and one cider – will be unveiled.

To view the list of all 2017 medal winners, visit www.brewingawards.org