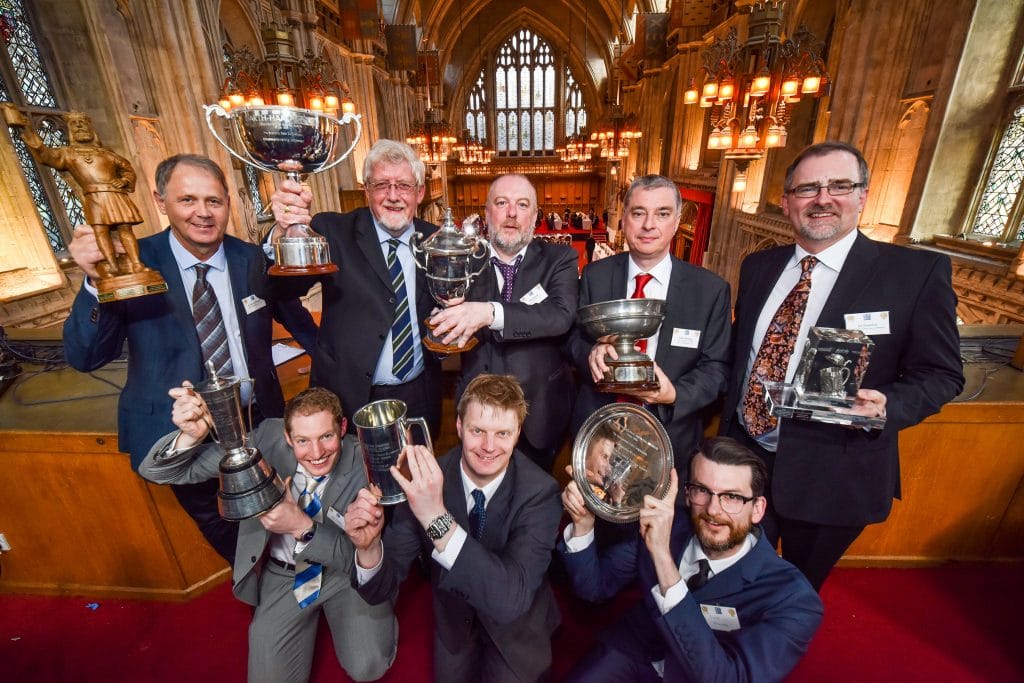 Brewers and cider makers from across the world gathered at London’s Guildhall on 26 April for the unveiling of the Championship winners in the International Brewing & Cider Awards 2017. Trophies were awarded to nine brewers and one cider maker from three continents, with all bar one of them winning a Championship for the first time.

The ceremony, which marked the end of the 2017 competition, was attended by more than 400 people.  As well as the presentations to the 10 Championship winners, more than 125 brewers and cider makers from 21 countries accepted their Bronze, Silver and Gold medals.
Chair of judging Bill Taylor said, “We judged more than 1,100 beers and ciders in Burton-upon-Trent in March this year. It’s a tremendous achievement to come through that process to win firstly a medal and then one of just 10 Championship trophies, so everyone on the podium today should feel very proud.

“Our winners today reflect the diversity and innovation that make the global brewing and cider  industries so exciting, with trophies given to a wide range of beer and cider styles from long-established and new producers.  One of the strengths of our competitions is their broad, style-based categories which encourage innovation and give every beer and cider a chance of winning.

“We are also proud of the emphasis we place on products’ commercial worth; all the medal and trophy winners are beers or ciders that, once tasted, judges would recommend as world class examples of their style.”

The number of entries received this year was up by 15% compared to the last competition, held in 2015, and the cider category almost doubled in size. The 45 judges, all currently working as brewers or cider makers, spent three days assessing the beers and ciders, selecting the winners through a consensus approach.

Ruth Evans, director of competition organisers Brewing Technology Services, said, “The fact that our entries this year were up once again, with participation from producers and brand owners around the world, shows the respect that the Awards command in the international brewing and cider communities.”

She added, “While our Champions deserve special praise, winning a medal of any colour is a real achievement, which many of the winners who were announced earlier this year are using to communicate the quality of their beers or ciders and give them a point of difference in a crowded market place.”

Ian Hamilton of Sullivan’s Brewing Company, based in Kilkenny, who lifted the Champion Keg Ale trophy, said, “I spent time early in my brewing career in Burton-on-Trent, so to have my beer judged there  by some of the best brewers in the world and be awarded a trophy,  is about as good as it gets – especially as it comes only a year after Sullivan’s started brewing.”

For Alan Pateman, brewer at Elgoods, the trophy for Champion Speciality Beer was “the ultimate accolade.” He said, “Coolship Sour won a Silver medal in 2015, so it’s wonderful to come back and take the top award with Coolship Fruit. It’s unusual for an English brewer to make a sour beer and we’re proud that ours has been judged the best in this international competition.”