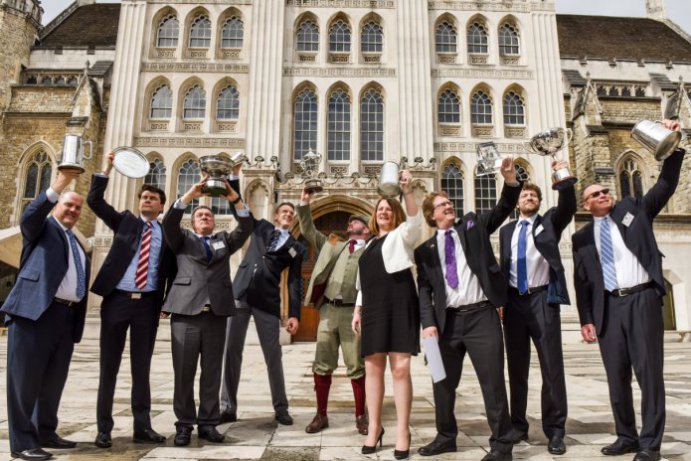 Brewers and cider makers are being given until 10 February to enter the International Brewing & Cider Awards following an extension to the deadline from competition organisers, Brewing Technology Services (BTS).

Ruth Evans, director of BTS, said, “We’re delighted with the number of entries received so far, which have come in from brewers and cider makers of all sizes, from all over the world. It has been particularly pleasing to see entries from companies who haven’t taken part in the competition before, which reflects the excellent reputation of our Awards among the global brewing and cider making communities.

“We’re extending the deadline to help those producers and brand owners who have requested a bit more time to submit their entry.  The final cut off on 10 February gives us a month to receive beers and ciders into the National Brewery Centre in Burton and prepare for the judging there in March.”

The last competition in 2015 attracted around 1,000 entries in total, from 50 different countries, and the final tally this year is expected to exceed that.
Evans added, “Entries to the International Cider Awards are well ahead of the 2015 level. The competition in March will be the third to include cider since we reintroduced it in 2013 and we have introduced new classes this year, in recognition of the innovation and diversity in the market.  There is now a place for ciders flavoured with fruit or other ingredients, or for those made using atypical processes such as ice or barrel-aged ciders.”

This year’s brewing competition also offers new classes, for sour beer, zero gluten beer and extra strong beer (ABV of 10% and above), introduced in response to the growing number of brewers who are producing these styles.

Judging for the 2017 Awards takes place from 7-9 March and medal winners will be announced immediately afterwards, on Friday 10th. The overall Championship winners in 10 categories are unveiled at a presentation ceremony held at London’s Guildhall on 26 April which is attended by medal winners and others from the global brewing and cider industries.

The 2017 competition is supported by headline sponsors Barth-Haas Group and Krones.